4 items I wouldnt fly long haul with kids without!

We are not long back from the trip of a lifetime to Canada.  We spent time in both Toronto and Niagara Falls and it was incredible.  Niagara Falls had been on my bucket list and it did not disappoint.  The kids absolutely loved it.  To be honest I wasn’t sure how the long haul flight would be with kids ages 4 and 1 (almost 2). I shouldn’t have spent so many sleepless nights over it.  It was totally fine.  However there are a number of things that without a doubt made the trip a lot (an awful lot!!) more manageable with my busy boys. 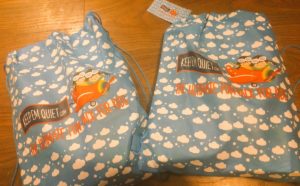 Such a simple concept but oh so effective.  We received two boys long haul pack to try out for the trip.  I didnt let the boys see them until were were 30+ thousand feet in the air. About 2 hours into the flight when the novelty of being on an aeroplane had worn off Mamma produced these.  There was great excitment about the cool bag which was used for the entire trip actually.  We received a pack for the relevant age groups for each of the boys.  They were really well received by the boys and contained a lovely selection of age appropriate items.  The big hits were the little tubs of play doh and for the oldest was a kit with which you could make cardboard models which he thoroughly enjoyed.  The littlest loved the Peppa stickers.  Im sure Aer Lingus are still peeling them off the seats! (sorry!!).

Check out Keep Em Quiet for more information.  Boys thoroughly enjoyed and the packs contained a selection of items which were age appropriate and also appropriate for the confined space on the aircraft.  Im always running around at the last minute so these are ideal, the work is done and you are ready to go and all for a very reaonable price.

I bought this literally days before the flight praying that it would arrive on time and it did thankfully. I had seen it on Twitter and loved the concept.  Its a ride on suitcase that opens out on the flight to transform the seat into a bed. Its really easy to use and very comfortable according to the 4 year old.  We got most use out of the ride on ability of it as my 4 year old () isnt so keen on walking!!! Despite the fact it contains the matress it holds quite a bit of stuff or in my little mans case, his teddy, his collection of transformers and his treats.  It is a little pricey at €159 however given how much we like travel and with the pair of them I really think I will get my moneys worth on this one.  For more information see Jetkids.

The Dada Fairy and I were frantically searching to see what films were listed on Aer Lingus for transatlantic to see if they would keep our pair suitably entertained for 7.5 hours.  It was then the revelation came!!! I recalled an email about downloadable Netflix, queue frantic searching and yes….it was not a dream you can infact download Netflix. 15 mins later and we were fully equipped with Team Umizoomi, Peppa Pig, Horrid Henry and The Smurfs.  When it comes to travel I am in the school of thought whatever works and makes the journey easier for the kids, and me and the other 200 odd passengers. If 7 hours of Peppa Pig was going to be the thing well then I wasn’t going to object! See 1 and 4 it thankfully didn’t happen! The downside of this you need to be sure your devices are well charged. 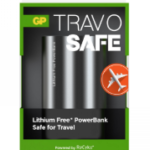 The reason we favour Travo Safe is that  almost uniquely they are permitted to be kept in hand luggage because the battery is lithium free and compliant with IATA Dangerous Goods Regulation.  What I love the most about this is the length of time you get from it when full charged. I reckon at least one full ipad/iphone full charge which compared to some of the previous ones I have owned is brilliant and probably essential on a long haul flight.  These are priced slightly at the higher end but do bear in mind when compared to the high street ones I previously owner there is no comparison, in terms of charging life and more critically safety.

Back to when boys were teeny, everywhere we went I was armed with packets of raisins, ligas etc.  The 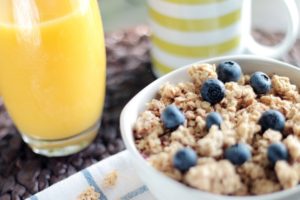 flight was no different.  I was laden down with snacks of every description from the healthy to the not so healthy.  There were no kids meals available on the flight and the boys had zero interest in a mushy looking mushroom and rice meal so the snacks were invaluable.  Also very handy when waiting around before and after the flight.  I always take lollipops for take off and landing to help the ears. They seem to work as we have had no complaints from the little men about sore ears, ears popping etc.

Next up we will be sharing our trip report.

Spoiler – we loved it and really hope to return some day.

Good Reasons to Go on a German Adventure