I was asked to get involved in a campaign with Calibre Office Furniture  to discuss changes in #boardroometiquette over time. I jumped at the chance. I have been an Accountant for the past 12 years therefore have seen the good, the bad and the ugly of board room behaviour! 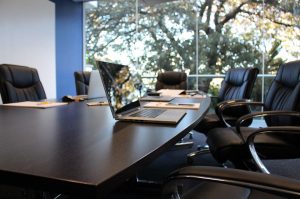 The boardroom can be a scary place, many a deal is won and lost there, key decisions, multi million decisions are made there, decisions that can have huge ramifications. I still remember my first ever experience of being in a boardroom. It was 2003, I was in college going into my final year and the Partner in the Accounting firm suggested I come with her for the “experience”. I had and still have huge admiration for this woman, she was the only female partner in a firm with 20 other males. She was the ultimate #girlboss in my eyes.

This was a time when boardrooms were getting a lot of media attention in the wake of Enron and the introduction of the Sarbanes Oxley Act.  I remember walking into the company offices and the secretary in this particular firm was sitting directly outside the board room in an open plan office of about 100 people smoking!! It just wouldn’t happen now. Even Office design has changed so much over time.  We are seeing staff involvement in the process of designing work spaces, in fact I have seen a marked shift towards the more open plan collaborative spaces.

The first thing that struck me that day was the fact the Partner I was there to support was the only female. 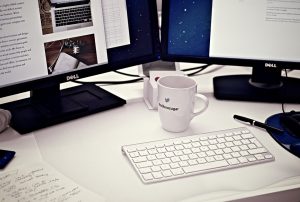 The gender diversity agenda is something that is coming to the fore in most organisations now but we still have a long way to go.  Improvement is good and its come a long way since 2003,  According to the Gender Diversity Index, in 2015, women held 17.9% of the board seats on Fortune 1000 companies. As of August 2015, only 2% of S&P 500 companies had all male boards of directors.[source] This is a huge and welcome improvement from 2005, when only 12% of S&P companies had at least one female director on their board.

Following the meeting, we walked back to the office and she gave me some advice that 13 years later is still ingrained in my brain. Simple but oh so effective.

Thanks Calibre  for the opportunity. Have you any office/ boardroom stories to share? Would love to hear them.

Snack Condiments for Your Spicy Cravings

How Can You Run a Sustainable Household When It’s So Busy?

How Perfumes Can Attract