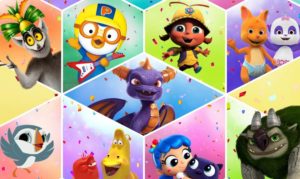 Back in 2014 Netflix came up with the genius idea of an on-demand New Years Eve count down for kids. Last year was the first year my five year old declared he was staying up for the New Year!! However mama was not ready to deal with the fall out of a very late night given he isn’t the worlds best sleeper to begin with!

Cue the genius that is the on demand count downs incorporating your kids favourite programs  …….  this year Netflix have nine new on-demand countdown which are available from Tuesday, 26 December.    The new ones are:

All New Year’s Eve countdowns can be found by searching “countdowns” on Netflix or simply visiting netflix.com/countdown.

Note: We are a member of the Netflix StreamTeam for which we receive a years subscription however we were paid member before going the StreamTeam

The best dog breeds for companionship

How to Live a More Eco-Friendly Lifestyle

Is a PayDay Loan Right for You?