Philadelphia is home to endless firsts.  From America’s first zoo to the first hospital and medical school, this city is used to being cutting edge and different.  Still, there are plenty of things the rest of the world doesn’t know about the City of Brotherly Love.

Philadelphia Was Home To The First Computer 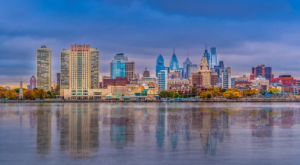 Computers are a part of our daily life more than most other modern inventions.  Not only do we use our laptops and desktops, but our phones themselves have arguably become computers as well!  It may surprise many to know, then, that the first computer ever was created in Philadelphia.  In 1946, the University of Pennsylvania’s Moore School of Electrical Engineering created the world’s first computer.  Although it would be considered a calculator in modern days, it’s still an invention that few can play down the importance of.  This computer helped usher the world into the incredible technological landscape we have now, where kids are learning how to code before they know how to write in cursive.

Home To One Of The Most Haunted Houses

Although every city has its own ghost stories and haunted houses, Philadelphia is home to one of the world’s most active haunted buildings.  Chestnut Hill, one of the more expensive areas in the city if you’re looking at Philadelphia houses for sale, is home to Baleroy Mansion.  Built-in 1911, this gorgeous house is unassuming and straightforward from the outside.  Once you step in, that’s another story.  People claim to hear voices and see figures, even when they’re entirely alone.  This thirty-two room estate has been called the most haunted home in America after many people have claimed to have experienced dozens of symptoms that would say something supernatural is going on.

To add to the mysticism, the mansion has even been home to something called the Napoleon Deal Chair.  In life, Napoleon Bonaparte owned this seat, and in death seems to have become a plaything for spirits.  According to the owners, at least four people have died in dramatically sudden ways too soon after sitting in this seat for the first time.  The number of deaths reached so high that the chair owner locked it away into storage to keep any future daredevils from accidentally meeting an unpleasant end.

Albert Einstein is a man the world may never forget.  A genius in theoretical physics and an extremely intelligent in the philosophy of science, Einstein’s name is one that’s forever tied to intelligence and quick-wittedness.  When he passed, slices of his brain were removed and preserved to allow for future studying.  There’s hope that by studying his brain, we can uncover what incredible pathways his mind took to solve complex problems and further humanity.  Slices of his brain are still kept in Philadelphia, in the Mutter Museum, where you can study his mind more directly than anyone could in his lifetime.

Philadelphia is a stunning and gorgeous city.  If you haven’t visited, or you missed out on the bit of history, consider taking a trip soon!  All of the hype is worth it!

How To Assist A Friend Going Through Difficulty

What to Take With You To a Rave

Things That Might Be Damaging Your Hair without You Knowing