When you click on that home value calculator to determine how much a house is worth, one of the factors is its architectural style. According to REALTOR Magazine, a Mediterranean-style home has the highest median list price at nearly $750,000.

But what is Mediterranean style, and what are the other most popular home styles out there today? 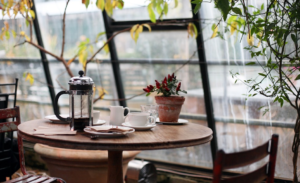 This style of home, as the name belies, is common in southern Italy, France, and Spain, and as mentioned, it tends to be worth the most in the U.S. today. Most in the country were inspired by Spanish and Mexican designed homes and frequently featured arched windows and doorways. There are usually few details on the exterior, with stucco walls that are often painted in pastel hues. The architecture focuses on extensions like patios and verandas as well as open floor plans with high ceilings, designed to let breezes flow through.

Craftsman-style homes are the result of the Arts and Crafts Movement from about 1880 through 1920, emphasizing natural materials like brick, stone, and wood. They have low-pitched roofs and wide front porches. The style was booming in the early 20th century before being replaced by mid-century modern architecture like the ranch home. But it’s been making a comeback, with many homebuyers favoring this style today. These homes also tend to be easy to build and economical, as the style utilizes readily available materials.

Ranch-style homes have long-been popular, replacing the craftsman by the mid-20th-century, mostly built after the war for soldiers who were returning home. It was first used in America’s west and southwest before spreading to other areas, with style featuring a single-story that may be rectangular, U- or I-shaped. Floor plans are simple, with a front-facing garage attached to the rest of the house, a wide asymmetrical facade, and a low-pitched roof. The homes are built from natural materials, like a brick and wooden exterior along with oak floors. 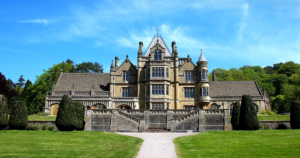 Victorian houses refer to those built during the reign of Queen Victoria (1837-1901) and come with lots of character, including a romantic feel and lots of detail in everything from textures and colors to patterns. There are several styles within this category, like Queen Anne and Gothic. Still, typically, all Victorian homes have a dominant front-facing gable, a steeply pitched roof, patterned shingles, an asymmetrical facade, and cutaway bay windows. There are contemporary homes built in Victorian style today, allowing buyers to purchase the look along with desirable modern features.

Colonial-style homes date back to 1876, and typically come with two or three stories along with wood or brick facades and evenly spaced shuttered windows. The roof is usually steep and pointed at the top. A classic floor plan for this type of home has the bedrooms on the second floor with a family room and kitchen on the first floor. This style is commonly seen in the northeast region of the U.S., especially from Maine to Virginia.

Renovations roll on……its all about the kitchen

Tips for choosing wall art for your home

Living Amongst Home Renovation Without Stress