I still remember watching this a kid! Directed by Academy Award® winner Steven Spielberg, this really was the movie of our time. The village of Amity finds itself under attack by a dangerous great white shark, the town’s chief of police (Roy Scheider), a young marine biologist (Richard Dreyfuss) and a grizzled shark hunter (Robert Shaw) embark on a desperate quest to destroy the beast before it strikes again. Featuring an unforgettable score that evokes pure terror, Jaws remains one of the most influential and gripping adventures in motion picture history.

The Little Rascals  (Available from 1 April)

Spanky, Alfalfa, Buckwheat, Darla, Stymie, Porky, Petey the dog and all of the Little Rascals star in this heart-warming classic directed by Penelope Spheeris (Wayne’s World). Their new adventures begin at an emergency meeting of the “He-Man Womun Haters Club.” Alfalfa has fallen in love with Darla, threatening the very existence of their “boys only” club. Further trouble ensues when their clubhouse is destroyed and their prized go-cart “The Blur” is stolen by the neighbourhood bullies. How can they win the big race and its prize trophy? Through mischief and mayhem, tricks and ingenuity, the rascals will learn the value of true friendship…and even an appreciation of girls! See trailer here

Knocked Up (Available from 1 April)

Rising journalist Alison Scott (Katherine Heigl) hits a serious bump in the road after a one-night stand with irresponsible slacker Ben Stone (Seth Rogen) results in pregnancy. Rather than raise the baby on her own, she decides to give Ben a chance to prove he is father material. However, he is unsure if he is ready to be a parent, and both wonder if they would be compatible lifetime partners. I have seen these many times and its an easy watch for a chilled out movie night.

Written by Academy Award nominee Nia Vardalos, the story jumps forward 10 years. Toula (Nia Vardalos) and Ian (John Corbett) have been married a long time and their relationship has lost some of its spark. Like most mothers, Toula is at odds with her 17-year-old daughter, Paris, and trying to find time for herself and husband. Just like Toula is to her parents, Paris is everything to Toula and Ian. But Paris is not content to be relegated to everyone’s thoughts of what constitutes a good Greek girl. As she grapples with her family’s expectations of her, a Portokalos family secret will bring three generations of family members together for an even bigger and Greeker wedding! See trailer here

Note: We are part of the Netflix Stream Team for which we receive a subscription to Netflix however we were members before being asked to join. 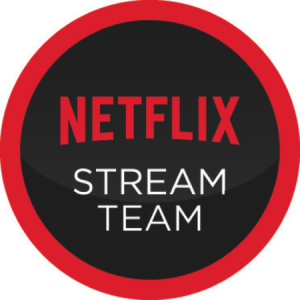 The Benefits of Journaling for Kids

When All You Want Is A Small Business