What Stops People From Getting Their Dream Home?

You only get one life in this world, and, as such, it’s important that we’re doing all we can to make it as pleasant as possible. While many of our life’s greatest moments will take place with other people and around the world, the backdrop of a life well lived is the home. This is the springboard that can push you to do great things, and also offers a cozy retreat from the world. Alas, some people don’t have this in their life. Why not? Why don’t people end up in the home that’s right for them? We’ll take a look at some of the most common reasons below.

There’s no such thing as a “perfect” home, only the home that’s right for you. But of course, this is something that you need to figure out on your way. While you can get inspiration from other people’s properties, it’ll eventually fall on you. As such, it’s important to spend some time thinking about what you really want. A good place to start is to envision what the best home would look like, and then see it’s possible. 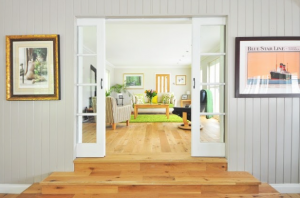 Of course, a home that you would love to live in is most definitely out there, in fact you probably see them everywhere. Alas, those homes are likely highly expensive, and you’ll need to work on a budget. Many people push past their budget when they see a home they really like, but this is a mistake. While the novelty of the house will wear off sooner or later, you’ll be stuck paying the cost of the home for many years. If it’s too much for you, then it doesn’t matter how nice the property is — it will cause stress.

They Move Too Slow

Let’s say that you’ve identified your dream home and that it’s within budget. That is most definitely a good starting point, but there are no guarantees that you’ll make it yours. If you love the house, then someone else probably does too! So it’s important that you don’t miss out on it. You have to be ready to strike. If you’re still waiting for your house to be sold, then fear not — bridging loans can give you the cash that you need. Once you’ve found the house you know you want, don’t let it slip through your fingers.

They Don’t Look At The Neighborhood

Finally, it’s important to remember that when you buy a house, you’re not just buying the property itself — you’re also buying into the community in which it is located. As such, it’s important that you’re spending a decent amount of time in the area if it’s not an area that you know too well. It’ll give you a good feel for the place. You may also want to talk to other people that live there, and ask them about the pros and cons of the neighborhood. If everything seems right, then you can proceed as planned.

5 Tips for Selling Your Home Quickly