Why are Inexperience Drivers More at Risk of Causing an Accident? 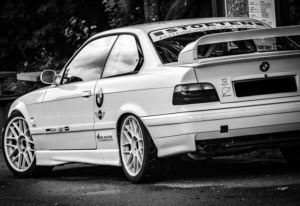 Car wrecks are the leading cause of death for U.S. teens. In fact, adolescents are twice as likely as adults to get into a wreck. The first 18 months after teens get their license are the most dangerous and during that time new drivers are four times more likely than adults to get into an accident. There is a very good reason to why this is the case though, and that is because they are inexperienced and tend to get distracted easily. It is no surprise that young people want a driver’s license though as this can often feel like the first step towards freedom and adulthood.

However, in their haste to pick up their friends and go for a ride, inexperience can make them forget what they are doing, and this has the potential to be deadly if not done responsibly. Having said that, they still might get into an accident even if they drive perfectly. The accident might have been caused by somebody else (or another young inexperienced driver), if this is the case, then you should hire someone like this Los Angeles car accident lawyer to help you with your claim. Hiring a lawyer will help you with your case and will remove any stress. You won’t have to worry about a thing, as they will sort out getting any compensation that you are owed.

Driving Under the Influence

It is never a smart move to drink and drive, but unfortunately this is a mistake that a lot of people make, not just young people. However, having said that a quarter of all teen drivers were caused by drinking and driving.    DUI charges can have serious consequences for the violator; go here to learn more.  Although pretty much everyone can agree that drink driving is a stupid idea, due to peer pressure or other factors, teens are more likely to drive a vehicle whilst intoxicated. 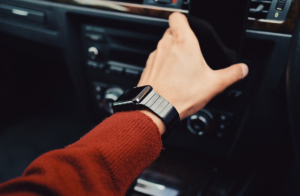 When a young driver first starts driving, they might be safer than they would be a few months down the line. This is because as their experience increases, these young drivers become more likely to speed or drive recklessly. They are more likely to make phone calls or text whilst driving. Teens with risk-taking friends were most likely to engage in risky behaviours. Young drivers will see this reckless driving as fun, however, it can have dire consequences. This is just one reason why young drivers should have more training, even after they’ve passed their test!

Many young drivers will have to deal with a speeding ticket or two before they learn to calm down behind the wheel. However, this takes time and isn’t something that all young drivers will do straightaway. With regards to accidents, almost a quarter of all car accidents involve a young driver that was speeding. Most of these drivers were male as well, which is why insurance for males are normally a lot higher than for females. This is also partly because young boys are more prone to dangerous driving, such as street racing or stunt driving.

Not Wearing a Seat Belts

A seat belt really is not an option, it’s something which can help save you from a serious injury (and even death). It’s not there as just an accessory, but as an essential thing that is a safety feature that is needed whilst driving. Many young drivers will willingly ignore the law that they need to wear a seatbelt, and although not wearing one is not a reason for an accident, it just means that young drivers are more likely to be seriously injured in an accident.

The whole point of a seat belt is to help keep you safe, but unfortunately some young drivers think it makes them look cooler, so they decide to forego wearing one. This is a mistake. However, they won’t realise this until they get more experience, or end up in a car accident with severe injuries (something which could have been avoided if they wore a seat belt). Not all young drivers are like this at least and having experience does not mean that you are a perfect driver. Accidents happen for all sorts of reasons though, so you can never know when one might happen. If you’ve ever been involved in an accident, you might be wondering what you do next? Why not check out this handy checklist here to help you out!

Affordable Hobbies To Try With Your Kids