With Summer holidays finally here, I thought it would be a good time to look at our current favourites and some new to Netflix shows which are here just in time for summer.

I guess the boys are creatures of habit like their mother! Team Umizoomi, Paw Patrol, Lego movies and to a lesser extent Peppa Pig are the recurring favourites. We have had some new entrants in the last few weeks!

This is a Dreamworks animated film with loads of big named voices – Will Smith, Angelina Jolie, Jack Black to name a few. 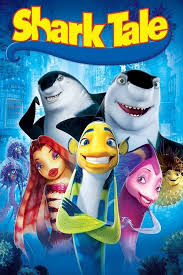 The story in summary tells the tale of Oscar who falsely claims he killed a mob boss sharks son (!!). Oscar craves a life of luxury and gets up to many schemes to try to do this. For me the highlight of this film is its soundtrack, we bopped around the room to it! Like most of the Dreamworks films, the feel good factor is there. Its easy watching for chill out days! The bigger man really enjoys this one.

So lots to keep the kids entertained on Netflix for those (inevitable) rainy Summer days!

Note: I am a member of Netflix StreamTeam for which I receive a subscription to Netflix, however all opinions are my own or the kids where relevant.

The journey of a fair trade coffee bean

ORS hair products – a complete solution for your hair care