5 Signs Your Child is Unhappy at School 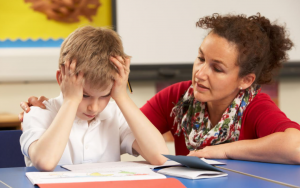 If your child doesn’t quite seem like themselves and is pulling away from school, it might be a sign that they’re unhappy. Childhood is a difficult time and there are lots of things that children are affected by, from peer pressure to change. If you recognise that something is wrong, it’s important that you talk to them so that you can put measures in place and make it a more enjoyable time. It’s where they spend most of their time and is vital for them to do well and succeed. You may also find that their teacher can help. They may be able to shed light on what they’ve gathered from observations in class and give suggestions as to how you can help. Below are 5 additional signs from a private school in Battersea to look out for.

Their Performance Has Dipped

If your child hasn’t been doing so well over the past few weeks on their homework or classwork, it may be a sign that something’s wrong. It’s also more than possible that everything’s fine and that it’s just a weak area of theirs that they need to spend a little more time on.

If they don’t seem like themselves and aren’t engaging in conversations as they used to, it may indicate that they’re unhappy.

Attendance is a big indicator. If your child’s refusing to go to school and they’re not ill or as ill as they say they are, it could also be a sign.

If your child’s usually fairly well-behaved and all of the sudden you have had an influx of calls from school about their behaviour, it may be them acting out as something’s wrong.

They’re Not as Excited as They Were Before

Their general motivation towards school may have changed. They may seem less enthusiastic about going to school and meeting their friends.

HOW TO IDENTIFY YOUR CHILD’S LEARNING STYLE

And breathe! 5 ways to beat stress as a mature student