Renovations roll on……its all about the kitchen

Don’t get my wrong im not complaining () but for the last two years we have been undertaking a mega renovation job on an old house that we purchased while on maternity leave with my second little man.  The Dada Fairy is doing most of the work which is combined with his full time job is taking time! However once source of constant debate has been open plan space or not. Open plan living has been in vougue for some time now and they don’t seem to be going anywhere fast either.

However, once we have opened up our homes from many small rooms to one big one, this causes its own problems. One room zoned into specific areas for cooking, dining and relaxing appears to be a dream, but is the reality somewhat different? Together with Harvey Jones, fitters of bespoke fitted kitchens, we take a look at this new kitchen trend.

When leading a sociable lifestyle, entertaining guests can be difficult in a cramped space. This is why open-plan spaces can seem like such a convenient solution. For multi-functional rooms that include a kitchen, the benefits are clear. It prevents the cook from feeling isolated for a start. No more retiring to the kitchen for half an hour on your own to prepare meals. A bespoke kitchen scheme that includes an island or peninsula that looks out onto the rest of the space means that cooking and preparing food need no longer be a solitary process. 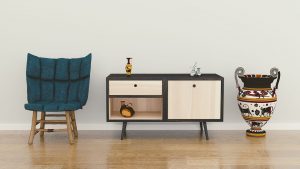 Often also given as a reason for going open plan is the need to keep an eye on children. From toddlers playing to teens doing their homework, for busy families a space that performs several functions allows the family to spend time together even when they’re performing many different tasks.

My husbands main gripe with open plan living is having nowhere quiet to retire while the kids watch TV or play can become a problem. There are also the issues of noise from appliances that might disturb you or that clearly evident pile of washing-up nagging at you as you sit down for an evening of TV or a quiet read with your favourite book or magazine. Fewer walls also mean less space to put furniture, which can lead to a room that’s crammed around the walls or jumbled in the centre.

So what is the alternative but keeping the open/space vibe?

As a new trend that began in 2017 was aptly called “broken-plan” living can set the new precedent in interior design trends, replacing open plan in the future. The idea is to retain all the things you love about open-plan – particularly the light and openness – while at the same time zoning the space to allow for more privacy should you need it. Rather than doing this with colours and textures as you would in a true open-plan arrangements, broken-plan employs structural elements such as half-walls, dividing shelves, changing levels, walls of glass and even mezzanines to delineate and formalise areas for different uses.

So what is “broken plan” living?

By cordoning off certain areas to create new spaces, ‘walls’ can be created by using boxed shelving and other furniture to define spaces that weren’t previously there in the room. Of course, you don’t want to regress back to small poky rooms, so don’t cram the shelves full of books – instead, artfully arrange a few favourite pieces to signal the change between one room and another and leave some of the shelves open to allow light to freely cascade from one zone to another. If you’re just starting your project, consider just knocking down half a wall and leaving the top open, allowing sight-lines through but at the same time giving you more wall space to play with. While hatches should remain a distinctly 70s invention, a larger aperture in the wall between a kitchen and sitting room, for example, is a workable and modern substitute.

Although you can use furniture to cordon off various parts of the room, this should be done sparingly and subtly. Also, consider building in pocket doors that will slide out of sight into the walls when you want to join two rooms but can be closed quickly to create separation when needed.

Broken-plan spaces can accommodate changing floor and ceiling heights – helping to bring spaces together that usually wouldn’t work as an open plan space. With broken-plan living, the options are unlimited when it comes to your interior design space.

While the debate rolls on as to whether we keep the open sitting room/ office/ kitchen we are pushing ahead with installing the kitchen itself so this weekend will be spent picking the finishing touches to the kitchen.  As this is the room which I will be spending quite a bit of time I am taking my time in choosing the various finishes. One of the best pieces of advice I have gotten is when we are finally done is to get the professionals in to do a deep clean or “builders clean” as it often known. Services like Helpling can be invaluable to help find somebody local and make the booking and paying for it convenient with the one online booking resource.

Back to the kitchen!!! Due to how dark our space is we have decided on a cream kitchen to help the light into the room.  The 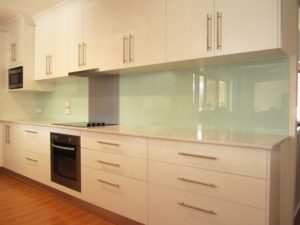 wall tiles are also a cream colour therefore we wanted to introduce a pop of colour which is how we came across coloured acrylic splasbacks  see here here from Simply Plastics for example.  I think they are a brillant idea, durable, easy to wipe clean and most of all very reasonably priced.

I understand too that they are very easy to assemble and can be delivered ready to fix to the wall with the cut outs done for the plug sockets, switch etc.  I love the one picutered opposite (Pic credit Pinterest). 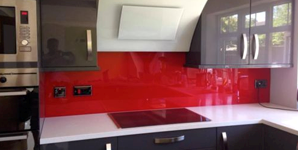 However for the braver there a huge range of funky colours to choose from see left (pic credit Simplyplastics). The great thing about splashback v tiles is that as they are reasonably priced you change it up every so often.

I think im hooked! This time next month should see the space liveable.  Cannot wait.

It’s Time to Give Your Home a Serious Clean

All The Great Ways On How To Reconstruct Your Kitchen