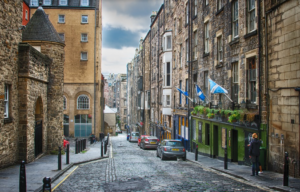 For many visitors, Edinburgh is Britain’s most beautiful city and one of the most scenic capitals in the world.  With an elegant Neoclassical New Town and historic Old Town crowned by a castle perched atop a volcanic rock, it’s no wonder it impresses.  But away from the picture-postcard sights, Edinburgh’s a diverse city with working-class traditions which have fueled and enriched its cultural output and reputation.  If you’re ready for an eclectic Edinburgh tour, here are 10 travel tips.

A Trainspotting walking tour with Brit Movie Tours takes you to the real-life filming locations of the cult film in areas like Leith, which are slightly off the typical tourist track. You’ll also learn vital insights about the seminal Irvine Welsh novel that started it all.

Known as ‘Hibs’ or ‘the Hibees’ to fans, Hibernian FC are Irvine Welsh’s favourite football team and feature heavily in all of his literature. Catch a game while you’re there and soak up the atmosphere.

Edinburgh Zoo is located in Corstorphine, just outside the city centre and it’s home to the UK’s only giant pandas, as well as countless other cool creatures. Well worth a visit.

You’ll find The Bongo Club in the city centre’s Cowgate — a cultural hub with live music and comedy venues aplenty. If you want to groove to roots reggae music, Estonian hip-hop or UK Garage, this is the place to get down.

Most Scots enjoy their beer, and if you like a tipple too, an Innis & Gunn Brew School session allows you to pick up pro tips from master brewer’s and take home a five litre mini keg of a beer you’ve created yourself. 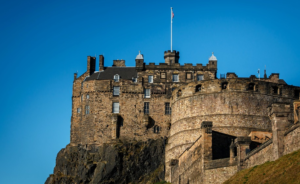 Edinburgh’s Murrayfield Stadium is the home of Scotland’s national rugby union team and local side Edinburgh Rugby.  Find tickets at scottishrugby.org and take in a game while you’re in town.

Edinburgh Castle is one of the world’s most dramatic and it dominates the city skyline. It’s worth paying for an official tour to learn all about its fascinating history. And if you’re there at lunchtime and hear a loud bang, don’t panic — it’s probably the famous one o’clock gun going off.

In Scotland, certain political powers are devolved from the UK parliament at Westminster, so Scottish lawmakers meet and debate legislation at The Scottish Parliament in Holyrood. It’s a marvel of modern architecture that resembles a series of upturned boats.

The modern Edinburgh tram system is one of the best ways to get around the city and the line extends out as far as the international airport. Book tickets ahead of time on their website.

Still looking for more? The Crazy Tourist has a brilliant list of some other tourist hot spots in this wonderful friendly city.

Skiing with kids some tips and advice