How To Prepare Your (Awesome) Family For A Trip Down Under

Despite being a part of the western world, Australia feels a little exotic. It’s so far east that it might as well be west. And it’s down by itself, hanging out in the southern Pacific. It’s a weird location. 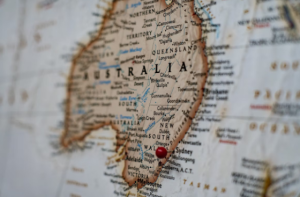 When you arrive, though, that sensation starts to change. Getting off the plane, you feel like you’re disembarking into a regular western country. Everything looks green and leafy (unless you’re touching down in Alice Springs).

Preparing your family for Australia, though, is something that you should start several weeks in advance. It’s not the sort of country that’s forgiving if you get something wrong or overlook something. Before you go down under, you need to start thinking like an Aussie. So what does that involve?

Some parts of Australia’s south coast aren’t too bad for insects. But if you travel just about anywhere else, prepare for inundation. Creepy crawlies are big, bad and, sometimes, dangerous in this swamp-filled land.

Insect repellent should be safe and effective. Always check the label first to make sure you’re getting something that isn’t harmful.

If you’re staying in one place, then fair enough: planning a route will be of limited interest to you.

But if you are going to move around a lot, then you’ll want to figure out which order you’ll arrive in all your destinations. Remember, if you are travelling with kids, you’ll need places to stop every couple of hours or so for rest breaks. Kids need opportunities to go to the bathroom, get snacks and generally let off steam.

Planning routes on the east coast is usually pretty easy. You just follow the coastal highway until you get to where you want to go. Going anywhere else, though, requires a lot of foresight. Travelling inland is particularly perilous as the roads and facilities tend to be non-existent. 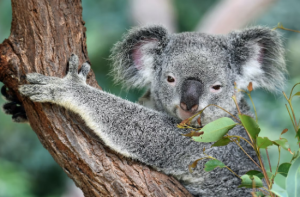 If you’re planning on hiring a vehicle from someone, such as Burswood Car Rentals, it’s a good idea to do it in advance. This way, you can make sure that your family gets a large people carrier vehicle instead of whatever happens to be left in stock once you arrive.

Hire cars tend to be pretty cheap in Australia. Reputable outfits include all of their prices in their upfront fees. You shouldn’t have to pay additional costs.

The Australian weather is usually quite predictable, but it’s still worth checking if you are planning an adventure holiday.

Remember, summer and winter are opposite in Australia if you live in the US or Europe. So don’t go there for summer sun. It’ll be cold when you arrive.

The best time to go is in the winter months. Sure, it’ll be hot, but it makes a nice break from short, bleak and cold days in the northern hemisphere.

Lastly, if you’re going on an adventure vacation with your kids, test all the equipment. Make sure that your test, battery packs and RV all work as intended.

How to Choose a Baby Shower Dress

The Tech You Need When Starting A Home Business